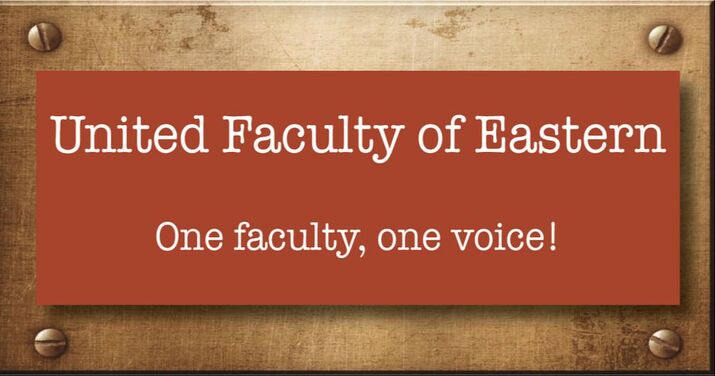 Election results are posted under the "Election/Ratification Results" tab. Congratulations to everyone!

Much hard work ahead ...
Message from the President: 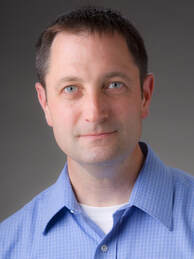 The EWU ratifiers are the Board of Trustees who are scheduled to vote on June 23, 2022.

This tentative agreement builds on the strength of the current CBA by updating and improving our CUPA-based salary model, maintaining workloads, aligning the contract with campus reorganization, creating a new category of clinical faculty, improving senior lecturer rights and contract periods, recognizing and maintaining the unique role of library faculty in the campus community, establishing a review period for the feasibility of tuition waivers for EWU employee dependents, and reaffirming the primacy of the CBA over policy documents.

Thank you to the UFE Bargaining Team and to everyone who participated in the ratification process.

Four years of the Trump syndicate topped off with a global pandemic has crystallized the sly increments of loss that have piled up over the past fifty years.  And it turns out that a functioning capitalist democracy needs a few things that aren’t driven solely by the logic of a market.  Things like the mail, roads, health care, jails, and education all probably work better for the society and serve more people when whoever’s running them isn’t just looking to turn a buck.  We can see this clearly in what’s happening with U.S. colleges right now.

Since opening in late August, colleges have almost immediately become glowing hot spots of coronavirus infection.  Smart people with walls full of degrees have made and continue to make incredibly dangerous and stupid choices about reopening their campuses.  They should be telling everybody to just stay home, but instead they step to the podium, flanked by a Command Response Team and armed with expensive private consultants’ reports, 196 point safety plans, and endless protocols and tell us that yes, we will have some in-person classes.  Yes, we will fill a third of the dorms.  Yes, by God, our mostly Black unpaid labor will play football and we will let some of you into our colosseums to watch them infect each other with a disease that may haunt their young lungs and brains for the rest of their lives.

And when those plans go south almost immediately, they clutch the rule book even closer and blame the students.  Every college COVID story is long on the lurid details of students in bars, students at parties, students with their arms around each other and their plastic cups held high.  After all the tuition has been collected, the authorities are shocked, shocked to find students behaving like teenagers.  The presidents and the deans of discipline, having conveniently forgotten that they created this Petri dish, all wag their fingers, threaten disciplinary action, and speak in stern moral tones about how it’s the students who are endangering people.

A New York Times survey found that half of 203 “‘college town’ counties where students comprise at least 10 percent of the population . . . had experienced their worst weeks of the pandemic as students returned in August, and about half of those were experiencing peak infections this month.”  Despite the canaries in the coal mine dying almost immediately, colleges on later schedules continue to open up.  And everybody has seen this coming since at least June.  “Completely predictable” is how a Harvard epidemiologist described what’s happening now in college towns across the country.

There is one reason and one reason only why smart college administrators are doing such dumb things right now.  Money.  It’s not because we want to make sure our students have the true college experience, it’s not because online courses are alienating holograms, and it’s not because Americans desperately need the cosmic transcendence of college football.  It is because, over time, public colleges and universities have eroded to the point where they are driven by the same for-profit logic as meat packing plants.  In their quieter moments, university trustees, college presidents, and even football coaches must know that what they’re doing is beyond stupid, but then they look at the balance sheets and do it anyway.

Over the last five decades, the well-planned and well-marketed increments of privatization have slowly accumulated in a way that has made the loss of public colleges and universities seem natural, inevitable, and sometimes even like progress.  And now that a pandemic has cast a spotlight on the ruins that public higher education has become, fifty years of conditioning have stunted our imaginations to the point where the only solutions we can imagine are dumb and dumber.

Since the late 1960s and early 1970s, when Ronald Reagan instituted tuition at the University of California and Richard Nixon created the Student Loan Marketing Association (“Sallie Mae” to its friends), public higher education has become dramatically less public.  Today, at the most fortunate residential public universities, only about 25% of the total budget comes from state appropriations.  In the far-flung financial empires of flagship research institutions, that number can drop to as low as 5%.  The rest of the money comes from student tuition and fees (which in turn creates the largest U.S. consumer debt market outside of mortgages—$1.5 trillion and counting), and business enterprises like dormitories, dining halls, athletics, hospitals, bookstores, and parking.  Some university buildings are built with state appropriations and some with donations from rich people who want their names on buildings.  Many others, especially residence and dining halls, are built with hundreds of billions of dollars in debt bonded against all those fees that students go trillions of dollars into debt to pay.  (If you’re trying to find the real winners in the whole college thing, you could save a lot of time by looking at the bankers first.)

With these arrangements, it’s not hard to see why universities have come to be run like for-profit corporations.  All the things we read about in the Chronicle of Higher Education—the piece work proletarian professoriate, bloated middle management, exorbitant executive salaries, the race for higher paying out-of-state and international students, the hoarding of real estate and reserves, the exploitation of athletes who are disproportionately lower income and Black, Club Med dorms and gyms, glitzy marketing campaigns—are the direct result of turning public institutions into private businesses.  All of the COVID crisis financial problems that public universities are facing now stem from the same privatization.  Empty dorms and dining halls turn into empty fee coffers that lead campus CFOs scrambling to refinance debt and protect their bond ratings.  Reduced enrollment due to COVID leads to reduced tuition revenue, crippling the university budget.  All of which leads to spending more public money on private consultants to come up with a plan to open things that should stay closed.

So if we’re looking for what to blame for colleges becoming the nursing homes of the fall, it’s not the students—they’re just young and making predictably bad decisions.  And it’s not the college presidents—they’re just old and making bad decisions with few alternatives.  The blame lies with the financial arrangements that have turned students into commodities and presidents into business managers.

The power to stop smart college people from doing dumb things lies with Congress and state legislatures.  If we are able to roll back the tides of fascism and infection, we need to return to understanding public colleges as public goods that should be publicly funded.  Just as money is the problem, money is the solution.

A Note Regarding Campus Reorganization

There has been much discussion on the Eastern Washington University campus about the planned reorganization of colleges and departments that is expected to be implemented by fall term, 2021. EWU administrators and the Board of Trustees have the right and responsibility to organize academic colleges and departments, but they also have a legal responsibility to bargain any changes to wages, hours, and working conditions for faculty that arise from reorganization, and UFE has the right to demand to bargain any such changes.

There are numerous proposed changes that may influence wages, hours, and working conditions.

For example, a tenured faculty member is tenured within a particular department. What happens if the name of that department changes due to merge with another department? In order to transfer tenure to the new, merged department, the Joint Labor-Management Committee (JLMC) will likely need to agree on an MOU that will require ratification by UFE members and the Board of Trustees.

The following CBA articles contain sections that may need to be renegotiated depending on the final structure of reorganization.

It is impossible to state with certainty which exact articles and sections will need to be renegotiated until the final plan for reorganization is confirmed. Rest assured that UFE stands ready to protect the working conditions of all faculty at Eastern Washington University.
Please submit comments or questions about the UFE web page: